While listening to the podcast “Girls Next Level” by Holly Madison and Bridget Marquardt, the ladies discussed ghost stories at the Playboy mansion on episode no. 11. [1]   They told a story of a rumor that the original owner Arthur Letts, Jr.'s wife or mother-in-law was pushed or fell to her death in the mansion and now haunts the estate. Bridget also mentioned that she had been looking for a photo of Mrs. Letts and could not find one. Of course, as an investigative genealogist, it piqued my interest and I decided to see if there was any truth to the rumor. I also wanted to see if an image of Mrs. Letts existed.   The estate now known as the Playboy Mansion is located at 10236 Charing Cross Road in the Holmby Hills area of Los Angeles, California. The Tudor-style house was built in 1927 by American architect Arthur R. Kelly (1878-1959) for Arthur Letts, Jr. (1878-1959). He was the son of department store mogul Arthur Letts, Sr. (1862-1923).    The Letts Family   The Letts family o
Post a Comment
Read more 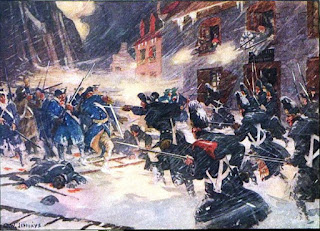 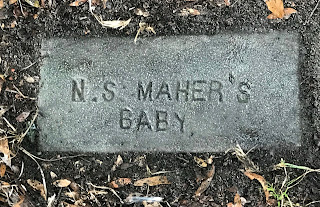 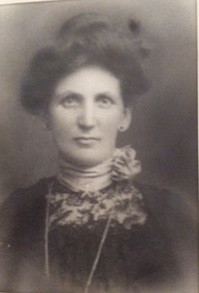 Bonnie Wade-Mucia
Bonnie Wade-Mucia is the owner of Keeper of the Past Genealogy. She is the Director of the General Society of Mayflower Descendants (GSMD) Silver Books Project. She is a genealogy researcher for the United States Army's Defense POW/MIA Accounting Agency (DPAA) Past Conflicts Repatriations Branch (PCRB) to locate and establish contact with living family members of MIA/KIA Soldiers from WWII and other conflicts. Bonnie is an experienced speaker and lecturer. She has been published in The Mayflower Descendant (Winter 2021 69:65-70) "John Wade of Massachusetts and John Wade of Nova Scotia: Are They the Same Man?" as well as The Nova Scotia Genealogist (Summer 2019 Vol. XXXVII/2) for her work on a family lineage: "The Descendants of George Wade & Freelove Condon of Granville, Nova Scotia." Besides attending several genealogy institutes such as SLIG and IGHR, she is a graduate of the Boston University Genealogical Certificate program. Bonnie is an alumna of the ProGen Study Group and the ICAPgen Study group working towards accreditation.

"Genealogy: Where you confuse the dead and irritate the living."